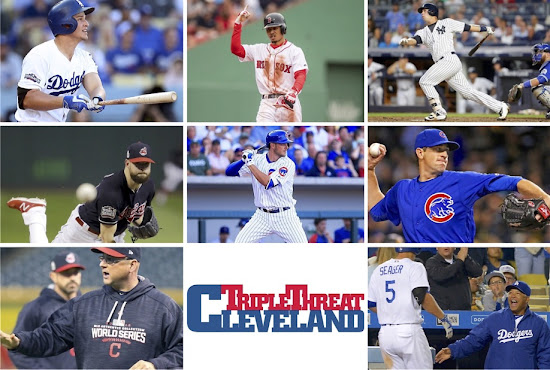 
Another season is in the books and the Chicago Cubs have ended their 108 year drought and for the first time since Tinkers to Evers to Chance and “The Merkle Boner” the Cubs are World Series Champions.  Now that the games are done, we’ve entered into Awards Season where Major League Baseball will announce their most outstanding players and managers throughout the 2016 MLB Season.  Now before I get into my picks, let’s look back to my Preseason picks to see where we started from and how we got here.


First off, a couple of observations…man did I have too much faith in the Diamondbacks or what?  Goldschmidt had a great year, but Shelby Miller?  I apologize with my stupidity on that one.  I also bought into the Correa/Houston hype train as well.  Overall though looking at the season, I don’t think I’m too far off on a few of these.  So now that I’m done with laughing at myself and seeing where we started at the beginning of the year, we can jump into my picks now that we’ve seen how the season has happened. 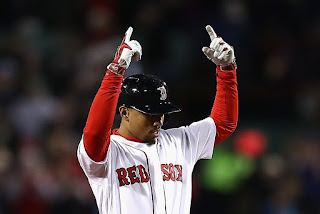 AL MVP: Mookie Betts, Boston Red Sox- My Preseason Dark horse pick after having an outstanding 2016 season is my pick for the AL MVP.  Betts followed up his first full MLB Season by hitting .318 (2nd in AL) and launching 31 HRs with 113 RBIs on top of his 26 steals.  We could easily dive into the other stats that make him worthy, but Mookie established himself in 2016 as the new face of the Boston Red Sox and quite possibly the best position player in the American League.  While there can be an extremely strong case for Mike Trout to win the MVP again, the difference here is Boston won its division.  Mookie was consistent all year long on a contender to easily be my pick with this award. 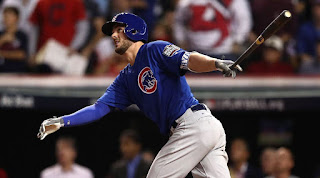 NL MVP: Kris Bryant, Chicago Cubs- After a sensational rookie year, expectations were extremely high for Kris Bryant and he delivered in 2016.  Bryant avoided the dreaded, “Sophomore Jinx” and hit .292 with 39 HRs and 102 RBIs, establishing himself as quite possibly the best 3B in Baseball.  What stands out to me is his OPS (On Base + Slugging Pct), which was a .939 OPS.  Anything above .900 is impressive, but Bryant cut down on his strikeouts in 2016 (199 in 2015 to 154 in 2016) and was clutch for the Cubs all year long.  While I think you can make cases for some others, unlike the American League this one seems a bit more clear of a decision. 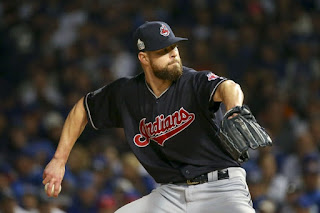 AL Cy Young: Corey Kluber, Cleveland Indians- After a rocky 2015 season, Corey Kluber reestablished himself as one of the best, if not the best starter in the American League.  For the 3rd straight year, Kluber went struck out over 200 batters, and after going 9-16 in 2015, went 18-9 with a 3.14 ERA and a 1.06 WHIP.  But what makes Kluber my pick goes beyond the numbers, the Indians all year relied on the arm of Kluber struggling through injuries in the rotation, plus inconsistency at the back of the rotation.  It seemed every time the Indians needed him to come up big, Kluber delivered.  You can’t teach that clutch ability Kluber brings that goes beyond the numbers.  Yes, you can make strong cases for Rick Porcello and Zach Britton.  But the circumstances throughout the year for the Indians and relying on a pitcher who came through almost every time, that makes Corey Kluber the choice for his 2nd AL Cy Young award. 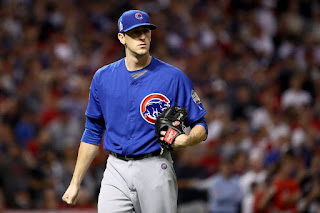 NL Cy Young: Kyle Hendricks, Chicago Cubs- After 2 years of solid pitching in the rotation and being a question mark in the Cubs rotation going into the year, much like Cubs teammate Jake Arrieta came out of nowhere to be one of the most dominant pitchers in the National League.  Hendricks burst onto the scene going 16-8, leading the Majors in ERA at 2.13.  Hendricks ability to be able to locate his pitches made him almost a Greg Maddux type starter who teams just couldn’t seem to figure out.  The emergence of Hendricks was crucial for the Cubs who had Jon Lester and Jake Arrieta already.  I think a case could be made for Max Scherzer and Clayton Kershaw before his injury was going to win another Cy Young.  I will add I think Jose Fernandez might get quite a few votes here because of his dominance in the year before his tragic death. 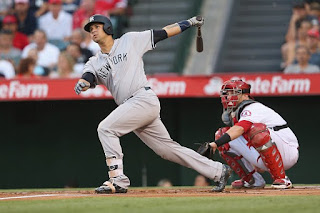 AL Rookie of the Year: Gary Sanchez, New York Yankees- Yes, Gary Sanchez only played in 53 games this year, but those 53 games made us all think what he’s going to do in 162 games.  After being the one of the Yankees most hyped up prospects for at least the last 4 years, Sanchez finally got playing time in the Bronx and made the most of it.  In his 53 games, Sanchez would hit 20 HRs with 43 RBIs, hitting .299 and had an OPS of 1.032.  One can imagine if he played 162 games, he may not have just won the Rookie of the Year, but might’ve gotten MVP consideration.  His emergence made what looked to be after the Trade Deadline a “Rebuilding” Yankees franchise and had them in Wild Card contention until the last week of the year.  While Michael Fulmer on Detroit had a strong rookie year, Sanchez was just that outstanding in the time he had this year. 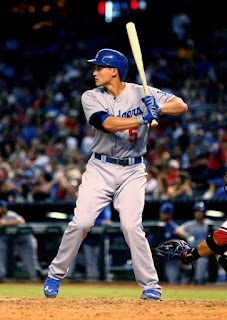 NL Rookie of the Year: SS Corey Seager, Los Angeles Dodgers- After showing promise in the last month of the 2015 season, the Dodgers had very high hopes for their #1 prospect in 2016.  Seager didn’t just live up to them, but exceeded them.  You could make a strong case that without Seager, the Dodgers aren’t even a playoff team.  Seager showed that he is the face of the Dodgers with Clayton Kershaw, giving NL West teams headaches for years to come.  He hit .308 with 27 HRs, 72 RBIs, and quietly also hit 40 Doubles, which for someone in their first full year is quite the accomplishment.  While teammate Kenta Maeda could make his own case along with Trea Turner, Seager emerged as the newest superstar in a young SS crop that is taking over Major League Baseball. 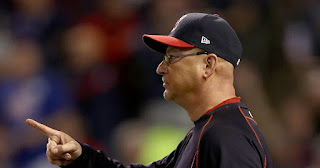 AL Manager of the Year: Terry Francona, Cleveland Indians- I really don’t need to explain this, do I?  I mean I’m not even going to put an honorable mention here, because this one should be a unanimous vote.  With the low expectations going into the year for the Indians, the loss of Michael Brantley for the year, and the injuries to the pitching staff late in the year, no one could’ve done much better with what Tito had to deal with.  Without question, Terry Francona is your AL Manager of the Year. 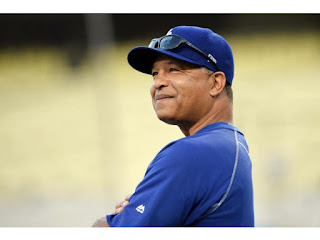 NL Manager of the Year: Dave Roberts, Los Angeles Dodgers- Yes, Joe Maddon and the Chicago Cubs had an outstanding year capped off with a World Series Championship…but we expected the Cubs to be a World Series contender in 2016.  After Don Mattingly and the Dodgers parting ways, the Dodgers made a rather bold hiring in Dave Roberts.  At one point in the year there was doubt that the Dodgers would win the division and with everything that could’ve gone wrong that did go wrong, the fact that Roberts got the Dodgers to be NL West Champions is nothing short of masterful managing.  So yes, Maddon in a way deserves the award, but looking at the circumstances for the Dodgers, Dave Roberts is my pick.


As we head into the offseason, we should take these awards as a way to look back at what was an unforgettable Baseball season that I think has re-energized what was a dormant fanbase that really only a few fanbases appreciated and now has Baseball emerging once again as what it is, the great American Pastime.  For some it was full of heartbreak, some cheered, some crying, and some started to imagine what the future holds in the 2017 Baseball season.  Well before you know it, Winter pass by and welcome in the Spring and guess what?  We get to do this all over again.
Posted by Unknown at 8:00:00 AM