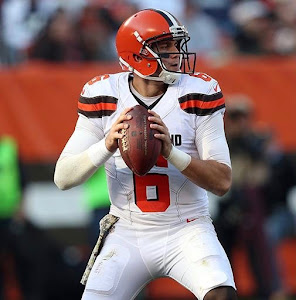 The (4-5) Pittsburgh Steelers travel to Cleveland to take on the (0-10) Browns. The Browns are coming off an interesting game against the Ravens where rookie starting quarterback Cody Kessler was benched in the second half  while leading 7-6. Then Josh McCown took over and the Browns ended up losing 28-7. The Steelers lost to the Cowboys last week 35-30 in a shootout. Ben Roethlisberger threw for 408 yards and three touchdowns in that game. But the deciding factor of this game was the Steelers going 0/4 on two point conversion attempts. 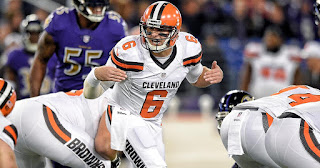 Cody Kessler will be starting this week with an opportunity to show he's improved enough to be the starter long-term. Kessler will need to prove he can throw the ball down field to help out the running game and the intermediate passing game. Kessler's stats aren't bad. He's thrown six touchdowns and only one interception (which was back in week four). Kessler has a high completion percentage 66.9% but only 7 yards per attempt. The Steelers defense gives up about 278 yards threw the air. Their secondary is headlined by William Gay...yes William Gay is still in the league. They have first round pick Artie Burns as their nickel corner and former Browns first round pick Justin Gilbert as a sub-package corner.  With all that being said Corey Coleman and Terrelle Pryor should have a good day Sunday. Pryor is a matchup nightmare for the Steelers, whether its down the field or in intermediate yardage. But its up to Kessler to take advantage of Pryor and Coleman.

The offensive line of the Browns will dictate how this game goes. Cam Erving and Spencer Drango are the most important, Erving and Drango have to keep the pocket clean for Kessler to be able to throw the ball down field like Hue Jackson wants. Yes, Kessler needs to get the ball out quicker but we've seen Erving...he might be the worst player in the NFL and Drango is still a rookie.  But if the Browns can win in the trenches then the Browns have an opportunity to at the very least cover the betting spread. 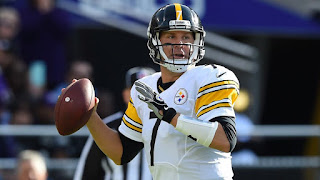 This is were this game can...and will get ugly. The Browns defense averages 419 total yards per game which ranks them 31st just behind the 49ers. And the Steelers average 370 total yards per game which is ranked 11th. Roethlisberger is going to target Antonio Brown and Le'Veon the most in the passing game. Brown will be going against Joe Haden most of the game and has had great numbers against him. Haden has problems going against small and quick receivers because of Haden's inability to play press-man against him. Bell will have a combination of linebackers (Jamie Collins, Christian Kirksey, and others) and young safeties. Browns and Bell are first and second on the team with catches...and Bell missed the first three games due to suspension.

The Browns struggle against the pass giving up about 275 yards per game...but against the run the Browns are 31st, giving up 143 yards per game. The linebackers for the Browns will have big games stat wise because the Steelers game plan should be give the ball to Bell 25+ times. The Browns have to choose whether or not to sell out on the run or pass and then hope they can force a turnover...whether its in the red zone stopping a score or the Steelers side of the ball shortening the field for the offense.

Cody Kessler: Kessler is going to be one of the five guys to watch until the end of the season. Kessler has an opportunity to prove to the front office and coaching staff he's the starter to build around. Kessler need to get the ball out quickly and to stay aggressive whether its down the field or scrabbling for extra yards. 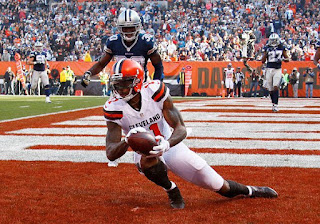 Terrelle Pryor: Pryor has shown he can be a pro-bowl receiver. Kessler needs to play aggressive  and Pryor and him have good chemistry. So Pryor should get a ton of targets this week and should find the goal line at least once.

Cam Erving: Erving is running out of chances to prove he's an NFL player not just a starting center. With Heyward out, Erving has an opportunity to show he can be a competent center. These next few weeks will be a tryout not just for his Browns career but his entire NFL career.

Emmanual Ogbah: Ogbah is now listed as an defensive lineman instead of an outside linebacker. He needs to play well in both against the pass and rush. And he needs to capitalize on the pressure he gets on Roethlisberger.

Joe Haden: As long as Haden doesn't let Antonio Brown go for 120 + yards then its a success. Haden is in an almost impossible situation. He's banged up and he will have to go up against the best receiver without any help this game will show if he's quit...and if the team has quit on this year in general.

The Browns will fall to 0-11...*insert #questforimperfection & 0-16 parade jokes. This is a must win for the Steelers to potentially remained tied with the Ravens (who are playing the Cowboys). Kessler should play well and Pryor and Kirksey will continue to show that they are pro-bowl players but overall the team lacks talent all over...and this game will show the giant gap between the Steelers and Browns.
Posted by Unknown at 8:00:00 AM