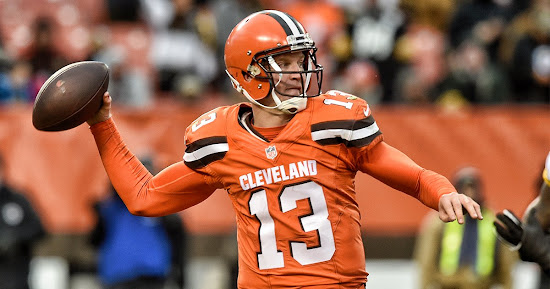 The (7-3) New York Giants travel to Cleveland to take on the (0-11) Browns. Last week the Browns lost to the Steelers 24-9 in a game where they suffered another injury at quarterback. Rookie Cody Kessler suffered a concussion and will be out this week. Josh McCown will start in his place. The Giants on the other-hand defeated the Bears at home 22-16 and are now second in the NFC East behind the Cowboys. 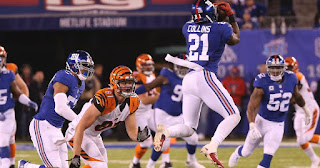 The Browns are going to struggle in all facets of the game. The Giants have a great front four headlined by Jason Pierre-Paul and Olivier Vernon. Both are top tier pass rushers and are solid in run defense. But where the Giants really excel is in pass defense. Yes, they only rank 13th in that category but they've only given up nine passing touchdowns all year which is tied with the Broncos. Their cornerbacks Dominique Rodgers-Cromartie and Landon Collins have played extremely well this year. And Collins is now the Giants starting cornerback (due to injuries) after starting the season at safety. Terrelle Pryor and Cory Coleman will have their hands full trying to get open this week.

The Browns can't give up on the run this week. Whether its Isaiah Crowell or Duke Johnson carrying the rock the Browns need to control the tempo of this game. It won't be easy considering the Giants also have the eighth best run defense in the NFL, but an honest running game should open up some passing windows for McCown.

The main key for this game is to not turn the ball over. Josh McCown needs to take care of the football better. He has eight turnovers in four games (six interceptions and two fumbles). If McCown can limit the turnovers and just take what the defense gives him the Browns should keep this game within 10 points going into the fourth. #MoralVictory 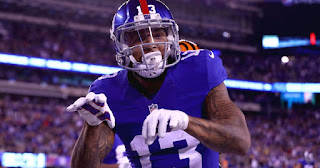 This should be an interesting matchup. Joe Haden going up against Odell Beckham Jr. Haden has played well this year while battling through nagging injuries Haden and the Browns defense will need to keep Odell out of the end zone this week if they want a fighters chance to win because in wins this year Odell has five out of his six touchdowns. To win its fairly simple. Limit Odell and make him frustrated, so he mentally checks out of the game. 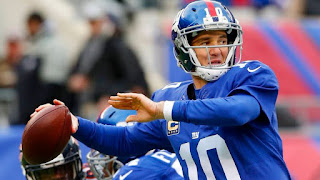 Eli Manning is prone to throw interceptions and has 10 this year. The Browns will need to capitalize on his aggressiveness. Whether is preventing points on a long drive or setting up the offense with a short field, all the breaks will need to go the Browns ways.

The Giants rarely run the ball but with Rashard Jennings back to 100%, they should attempt the run a bit more. In that area the Browns and the Giants are both ranked 31st in the league so something has to give.

Joe Haden: Haden will match up with Beckham Jr. most of the game and it should be interesting who comes up on top. Whoever wins this matchup should win this game.

Jamie Collins: Collins is a defensive playmaker. Whether in the run or pass defense Collins needs to come up big this game. He's played really well in his few games with the Browns and has shown he deserves whatever contract he's going to get this off-season. 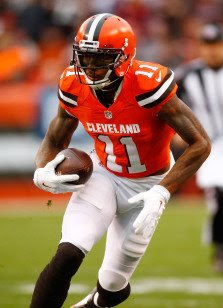 Christian Kirksey: Kirksey is making a case to be selected to the pro-bowl. Kirksey is second in tackles with 103 and has shown a lot of growth this year. #MoralVictory

Terrelle Pryor: Pryor is the lone-playmaker for the Browns. He's going to get a lot of targets this game. He's shown an ability to play well against top tier corners in the league. Pryor is one of the few bright spots on this team this year.

Duke Johnson: Whether catching the ball or running it Johnson has shown he can do both. With Crowell struggling to run the ball, Johnson should get more carries this week and going forward. Johnson should get 15+ touches between catches and carries.

The Browns fall to 0-12 and their #QuestForImperfection is still in place. This game will be a frustrating one where the Browns can't do much on offense and the defense keeps it fairly close for most of this game. Also this should be Josh McCown's last start for the Browns with RGIII scheduled to return week 14. Thank goodness the bye week is next week for this team.
Posted by Unknown at 9:00:00 AM