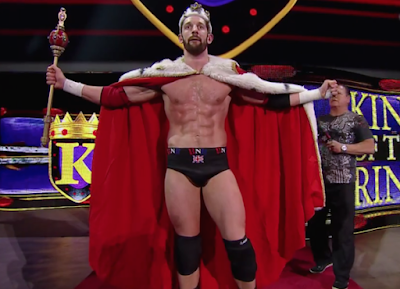 It's the Weekend 3 Count, brought to you by Triple Threat CLE. The W3C, brings you news and rumors going on around the wrestling world. Whether it's WWE, TNA, GFW, ROH, Lucha Underground or the independent wrestling scene, I'll talk about it.

- This weekend it was all about Floyd Mayweather vs. Manny Pacquiao in the boxing world. This week's flashback, I'm taking you back to Wrestlemania 24. Mayweather made a special appearance at the Super Bowl of wrestling and took on Big Show one on one.

- This past weekend at Extreme Rules, we seen the crowning of new WWE World Tag Team Champions. The New Day defeated Tyson Kidd and Cesaro to capture the tag titles. WWE have already began talking about The New Day enforcing the old "Freebird Rule". Meaning any two men of the three man group can defend the tag titles any given night. 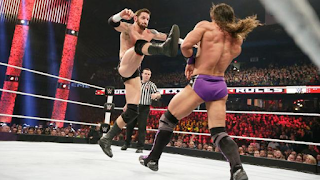 - WWE have stated that they are planning to show more live events in the future on WWE Network much like they did for the King of the Ring. More advantages of subscribing to WWE Network.

- Where's Paul Heyman? According to WWE rumors, Heyman may be kept off of tv for the time being until July. With Brock Lesnar serving his current indefinite suspension, WWE have no plans for a Paul Heyman sighting anytime soon.

- Daniel Bryan was removed from his original RAW and Smackdown scheduled apperances this week. WWE is still not commenting on the seriousness of Bryan's injury, or even stating what the injury even is.

- Chris Jericho Podcast: This past Thursday night on the WWE Network, Chris Jericho hosted another live podcast show. Jericho's guest this week was the billion dollar princess herself, Mrs. Triple H, Stephanie McMahon. Stephanie talked about grewing up in the WWE, watching her dad, Vince McMahon, work everyday, her bond with her brother, Shane McMahon, dating Triple H, her breast implant surgery and working with Ronda Rousey at Wrestlemania 31. 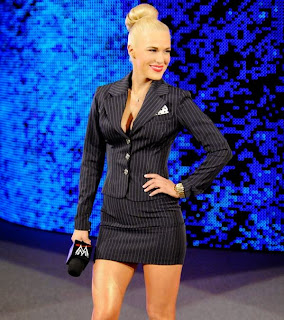 - WWE is claiming that they have just about guaranteed Samoa Joe signing with WWE soon. Many think he will be debuting in NXT in June sometime.

- WWE are being rumored to possibly turning Lana face and giving her a new gimmick. Vince McMahon has stated that he would love to have her as the face of the Divas and give her a new name and gimmick. One possible idea is having Lana dump Rusev, announce that she's not really Russian and side with America. Hope it's a very good reason they come up with of why she faked being Russian and they just don't say "BOOM I'm American now". 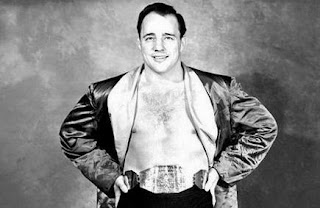 - WWE announced that they will be working on a new Sting DVD soon.

- WWE Hall of Famer, Verne Gagne, passed away this passed Monday. The wrestling community have offered their condolences to the Gagne family. Gagne was 89. 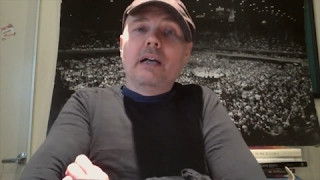 A Smashing Announcement: TNA announced this past Monday that Billy Corgan is joining TNA as a senior producer, creative and talent development and will help out with TNA storylines. Corgan is best known as the founder and lead singer of The Smashing Pumpkins. According to reports, Corgan, begins his new job immediately.

- Kenny King was crowned the new TNA X-Division Champion on this past week's Impact.

- Jeff Hardy Injured: Dixie Carter posted on Twitter on Tuesday afternoon that Jeff Hardy was involved in a dirt bike accident. Hardy suffered a broken leg in the accident and will have to take time off from the ring. You can see Hardy's accident on video here:

- Angelina Love announced on her Twitter page, that she and her real life boyfriend Davey Richards are now engaged.

- TNA confirmed they will run TNA Slammiversary on June 28th on pay per view. 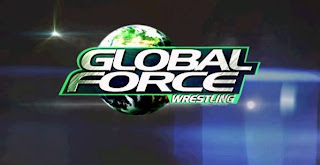 - Jeff Jarrett has however been reaching out to possible talent that would be a good GFW fit. Scott D'Amore and Sonjay Dott have been working the office part of GFW and contacting possible talent. Jarrett has stated to be very interested in Roderick Strong, Chris Masters, Shelton Benjamin and Team 3D.

- GFW will be holding a press conference in the up coming week in regards to their July 24th tv taping.

- Ring Of Honor Tryouts: If you're a fan of ROH wrestling, ROH will be having tryouts this summer. ROH announced a two day tryout camp, which will be held at the ROH Dojo in Bristol, Pennsylvania on June 13th and 14th. A lot of guys became famous in ROH. Guys like Samoa Joe, CM Punk, Christopher Daniels, Austin Aries, Daniel Bryan and Seth Rollins, just to name a few, were big names in ROH.

- Johnny Mundo (Morrison) was interviewed this week. Mundo gave his opinions on Lucha Underground, WWE and other topics. You can check out that interview HERE. 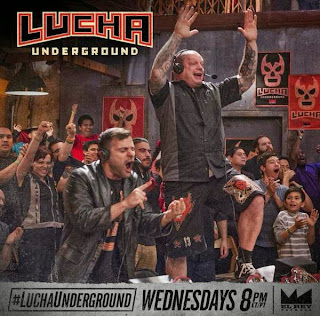 - Lucha Underground is still waiting for the green light on whether or not they will be renewed for a second season. If renewed, they will be right back at it and taping shows. LU has said that Alberto El Patron and Rey Mysterio will be their main focus in the new season.

- News broke this week about former WWE Diva Jillian Hall. Hall was arrested on April 10th on a DUI charge.

And that's your Weekend 3 Count. Join me next Sunday afternoon for more news and rumors around the wrestling world.