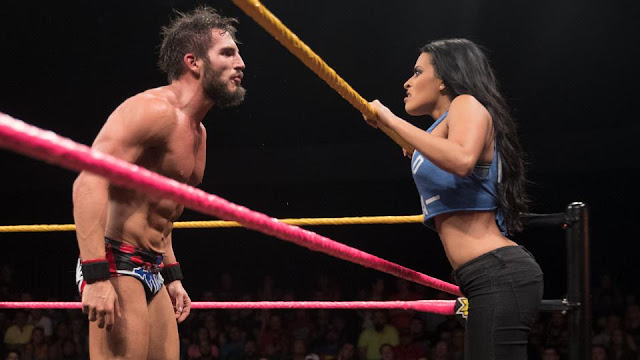 NXT returned this week for more NXT action at Full Sail University in Orlando, Florida. This week, Qualifying Matches for the NXT Women's Championship began. Johnny Gargano gets another shot at Andrade "Cien" Almas in the main event. All that and alot more. 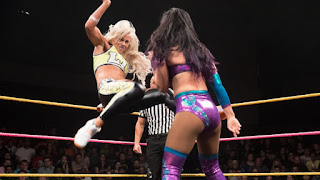 - "Winner Qualifies For The Championship Fatal Four Way Match At NXT WarGames: Peyton Royce vs. Nikki Cross vs. Liv Morgan: The match closes out with Billie Kaye trying to interfere, but gets hit by Nikki. Nikki tower of doom drops Peyton and Liv off the top rope. The Undisputed Era suddenly arrive with their fourth member, Taynara Conti, who goes after Nikki. Nikki forearms Tay, then gets a near fall neck breaker on Peyton. Tay yanks Nikki out of the ring, forcing Nikki to chase her around ringside. Nikki runs into the ring and eats a Peyton spin kick. Peyton hits the Fisherman's Suplex on Nikki and scores the pinfall.
Winner: Peyton Royce, by pinfall. 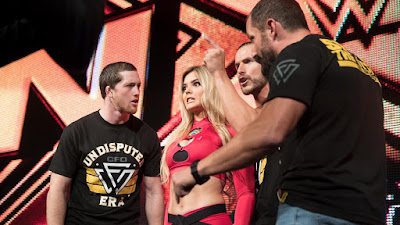 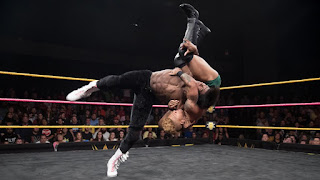 - Lio Rush vs. "The Velveteen Dream" Patrick Clark: The match closes out with Rush using his quick offense on Clark to take advantage. Clark catches Rush and sends him hard into the turnbuckle, causing Rush to flip to the floor. Back in the ring, Clark hits a back breaker on Rush for a near fall. Rush hits a swinging DDT on Clark and gets a near fall of his own. Clark finally finishes off Rush with the Purple Rainmaker elbow drop and scores the pinfall.
Winner: The Velveteen Dream Patrick, by pinfall.

- After the match, Clark sits Indian style and mocks Aleister Black by saying "Say my name" into the camera. 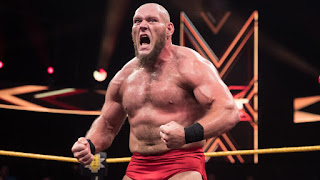 - Danny Burch vs. Lars Sullivan: The match closes out with Sullivan in control for most of the match. Burch is able to get in some chops and European uppercuts, but Sullivan puts a halt to that. Sullivan with a corner splash, a suplex and a clothesline. Sullivan hits a side spinebuster on Burch and gets the pinfall.
Winner: Lars Sullivan, by pinfall. 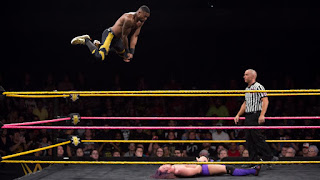 - The Street Profits vs. Damien Smith and Espada: The match is nothing but a squash match to build up the Profits. Montez Ford hits a quick frog splash and scores the pinfall.
Winners: The Street Profits, by pinfall. 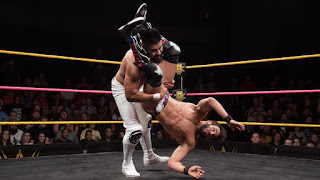 - Johnny Gargano vs. Andrade "Cien" Almas: The match closes out with Almas countering a power bomb, but gets hit with a Gargano lariat. Gargano sends Almas into the turnbuckle with the Lawn Dart, follows with a crucifix bomb and then locks in the Gargano Escape submission. Zelina Vega tries to distract Gargano with a #DIY shirt, helping Almas reach the ropes. Zelina is on the apron now, distracting Gargano, allowing Almas to get a near fall rollup. Gargano plants a super kick on Almas, but gets sent into the turnbuckle as a response. Almas hits double knees on Gargano in the corner and finishes Gargano off with the Hammerlock DDT for the pinfall.
Winner: Andrade "Cien" Almas, by pinfall. 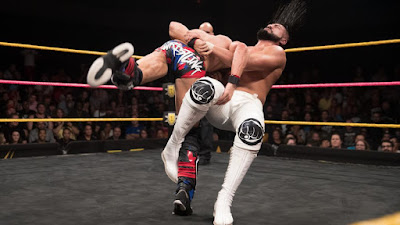