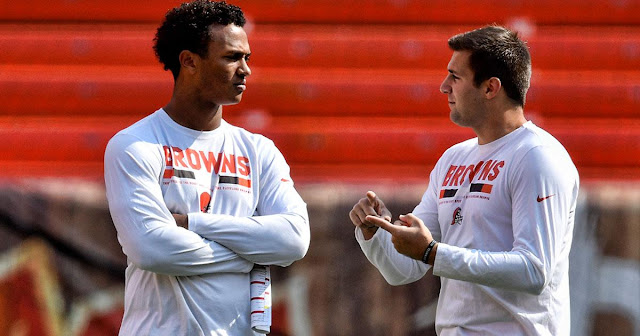 The winless Cleveland Browns host the Tennessee Titans this Sunday. The Browns will be starting rookie Quarterback DeShone Kizer. Kevin Hogan played terrible last week and sustained a rib injury. Cody Kessler will be Kizer's backup this week. The Titans will be starting Marcus Mariota after coming back from an injury last week in which he played well. The Titans defeated the Colts last week 36-22 to give themselves a 3-3 record.

There is no question the Browns offense has had its struggles in the first six weeks of the season. The issues are simple. Inconsistent quarterback play, the lack of weapons at receiver, and Isaiah Crowell. The Browns this week and going forward should do a few things different.

First, get Duke Johnson more touches. Whether it is 15 rushes and another seven targets in the passing game. Duke Johnson need the ball. His the only reliable playmaker on this team. Now that doesn't mean Hue Jackson shouldn't use Crowell. Crowell should be used when they are running the ball straight up the middle in between the tackles.

The Browns offense also might want to tone it down with the deep ball. I understand the lack of playmakers makes it hard build drives but getting Kizer in second or third and long doesn't help anyone. With that being said, Kizer is still going to have to throw the ball down field to keep the defense honest. 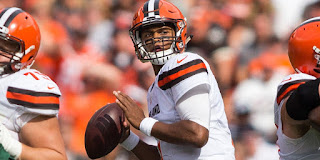 The final major key for the Browns this week is to trust Kizer. I know that might seem a bit difficult but Hue Jackson has no choice. The benching of Kizer was a knee-jerk reaction. And playing Hogan after a terrible first half was pain stubbornness by Hue. What ever happens Kizer needs to play through it. Yes, it could be another Baltimore game where he throws multiple interceptions but this was the hand Hue was dealt and how he played it.

The Titans defense is a middle of the road defense. This easily could be the week Kizer has a breakout game. But in order for the Browns offense to run their gameplan the Browns defense will need to keep the game close. 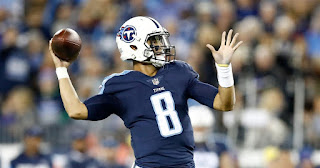 The Titans will have Mariota at quarterback but is unlikely to have running back DeMarco Murray. Derrick Henry will likely get the start for the injured Murray. Henry and Murray have identical stats, both running for over 300 yards so far. Henry ran for 131 yards last week against the Colts and Mariota threw for 306 and one touchdown.

The Browns secondary might have some struggles against the receivers of the Titans. Rishard Matthews is their leading receiver with veteran Eric Decker lined up opposite of him. Where the Browns will have issues is covering Delanie Walker, who leads the Titans in catches.


1. DeShone Kizer: Kizer was benched last week and he had to suffer like the rest of us through a terrible game last Sunday. Hopefully Kizer response positively. And again let's all remember the kid is only 21 years old and has only played in three full games as crazy as that sounds.

2. Jamar Taylor: While Jason McCourty is having a really good year, Jamar Taylor on the other hand hasn't. The Titans will probably target Taylor most of the day and with Taylor dealing with an injury this could be bad news for the Browns. 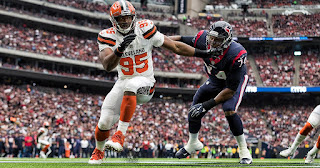 3. Myles Garrett: With all the speculation of a new front office taking over and them constantly passing on franchise quarterbacks, the pick of Garrett at one has been a home run. Garrett in two games has put pressure on opposing quarterbacks, forcing turnovers and sacks. Garrett is one of the lone bright spots so far this season and he's only played in two games.

4. Duke Johnson: Like stated above, Johnson needs to get the ball a lot more. Of all the things I've had issues with offensively this season the limited touches by Duke is number one. He's the only guy on the field who can take a screen pass or a drag route for a touchdown. He's the lone playmaker on this team the Hue need to feed Duke more.

5. David Njoku: Outside of Johnson, Njoku has been a surprise. A lot of fans didn't think he would make this type of an impact on the team this early. But with is ablity to out run linebackers and out jump safeties, Njoku should be Kizer's favorite target this week in the redzone after have a lot of redzone issues the first five weeks of the season.

The Browns will fall to 0-7 on the year this week. It will become more and more difficult to defend Hue Jackson as season moves on. I expect Kizer to play better than he has but the lack of playmakers will really show this week. The defense should keep the game close but again like they have in weeks before give up a touchdown drive to put the game out of hand late in the fourth quarter.
Posted by Unknown at 10:00:00 AM