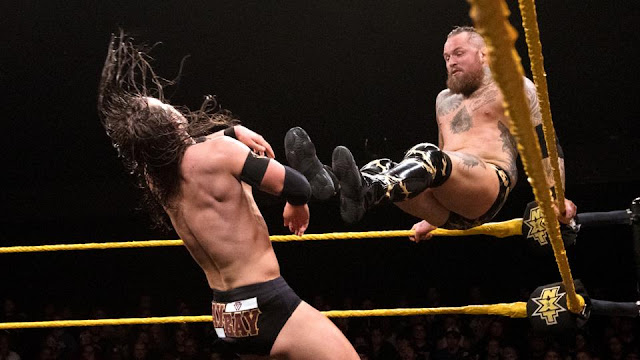 NXT returned this week for more NXT action at Full Sail University in Orlando, Florida. This week, NXT was shown not only on the WWE Network, but it was also shown as a special on the USA Network. There have been rumors of WWE possibly bringing NXT to the USA Network, this was kind of a test run. 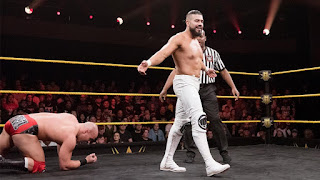 - Andrade "Cien" Almas vs. Fabian Aichner: The first match of the night saw the NXT World Champion Almas battle up and comer Aichner. Aichner took it to Almas with a flying suicide dive and a springboard DDT for a near fall. Almas finally fights back and sends Aichner hard into the steel steps. Almas hits the Hammerlock DDT on Aichner and scores the pinfall. 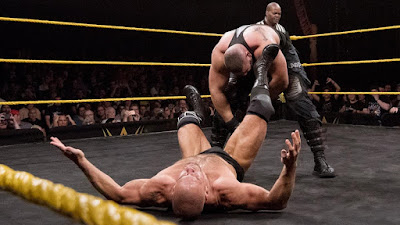 - The Authors of Pain vs. Oney Lorcan and Danny Burch: Lorcan and Burch put up a small fight against AOP, until AOP hit double Death Valley Drivers into the corner. AOP hit the Super Collider and follow that up with The Last Chapter to take the quick pinfall. 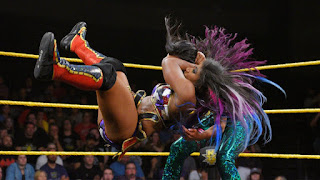 - Ember Moon vs. Peyton Royce: This match was a WWE Network exclusive match only and wasn't shown on the USA Network due to commercial time needed. Peyton held her own against the NXT Women's Champion, as Billie Kay was also at ringside pulling off distraction antics. Ember hits the Eclipse Stunner on Peyton and scores the pinfall. After the match, Billie Kay helps Peyton two on one attack Ember, sending Ember face first into Billie's knee. Nikki Cross suddenly hits the ring and unloads on Peyton and Billie, chasing them both from the ring. Nikki eyes Ember and the NXT Women's Championship lying on the mat until running off into the crowd. 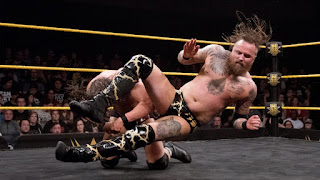 - Adam Cole vs. Aleister Black: The main event of the show saw Cole and Black battle in a one on one match with the winner advancing to the Fatal Four Way Match to determine a new #1 Contender. Cole gets a near fall Back Stabber. Both men traded shots on each other until Cole gets a near fall neck breaker. Black counters the super kick and hits Cole with a high knee. Black hits the Black Mass kick on Cole and scores the pinfall. 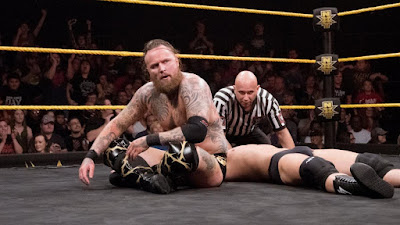