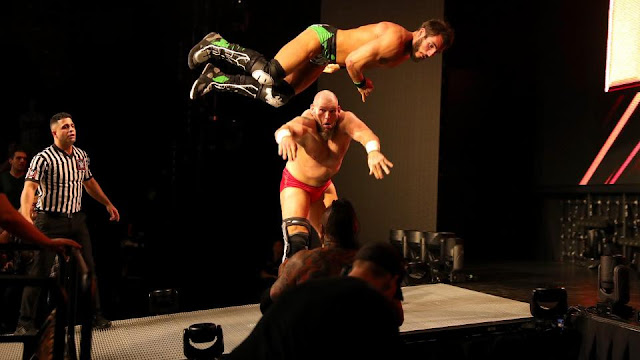 NXT returned this week for more NXT action at Full Sail University in Orlando, Florida. This week, a new number one contender to the NXT World Championship was decided. NXT Women's Champion Ember Moon was also in action, defending her championship against Sonya Deville. 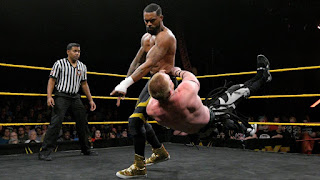 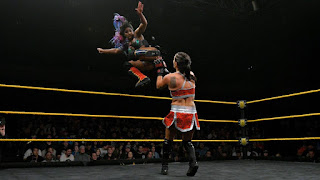 - "NXT Women's Championship Match": Ember Moon (c) vs. Sonya Deville: The second match of the night saw Ember Moon put her title on the line against Sonya Deville. The match closes out with Sonya locking in a bear hug, but Ember escapes, blocks a wheel barrow lift and sends Sonya into the corner. Ember unloads on Sonya and gets a near fall. Ember hits a springboard drop kick and finishes Sonya off with the Eclipse Stunner for the pinfall. After the match, Kairi Sane appears and stares down Ember. Shayna Baszler suddenly debuts on NXT and chokes Kairi out on the stage. 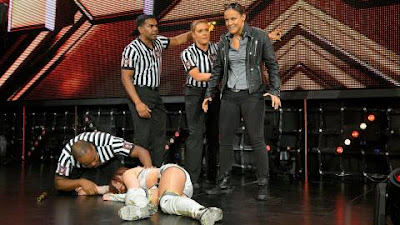 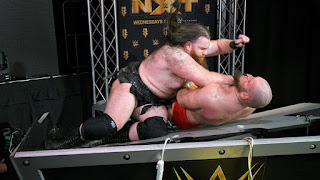 - "#1 Contenders, Fatal Four Way Match": Killian Dain vs. Lars Sullivan vs. Aleister Black vs. Johnny Gargano: The main event of the show saw the Fatal Four Way Match to crown a new #1 Contender to the NXT World Championship. The match closes out with Sullivan taking out Black and Gargano then faces off with Dain. Black comes back in and unloads strikes on both Dain and Sullivan. Black nails the Black Mass kick and covers, but Undisputed Era hit the ring and interrupt the match. Gargano unloads on Undisputed Era and then tries to cover Black. Sullivan gets sent into the steel steps and then Gargano sends Dain into Sullivan after a counter. Gargano hits a leaping DDT and scores the pinfall to take the victory. 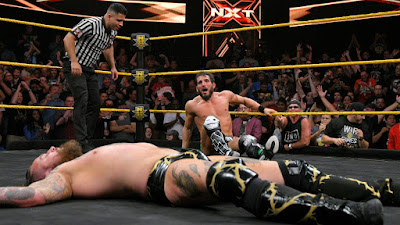