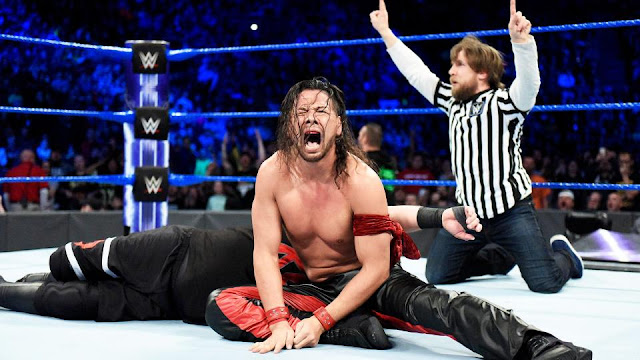 Smackdown Live was live this week in Cincinnati, Ohio with the final build up to this Sunday night's WWE Clash of Champions pay per view, live on the WWE Network. 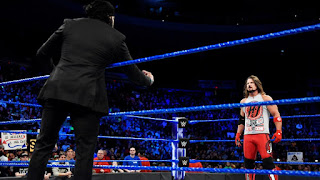 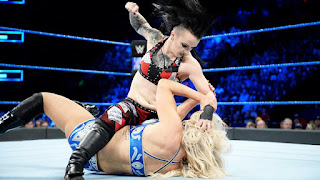 - Charlotte vs. Ruby Riot: The first match of the night saw the leader of the Riot Squad, Ruby Riot, battle Charlotte in a one on one match. Nattie Neidhart, who challenges Charlotte at WWE Clash of Champions sat in on commentary for this match. Charlotte goes outside and unloads on Sarah Logan and Liv Morgan, who try to help Ruby. Charlotte then attacks Nattie, but Nattie fires back and attacks Charlotte, getting Ruby DQ'ed. After the match, The Riot Squad beat down Charlotte and attempt to injure her with the steel steps. Naomi hits the ring, takes out Sarah and Liv and then goes after Ruby. Naomi hits the Rear View on Ruby before Sarah and Liv pull her to safety. Lana, Tamina and Carmella suddenly arrive next and unload on The Riot Squad, chasing them off. 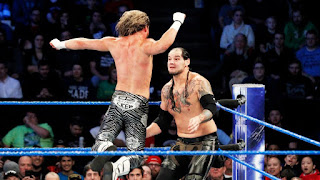 - Baron Corbin vs. Dolph Ziggler: The second match of the night saw Corbin battle Ziggler in a one on one match. Corbin, Ziggler and Bobby Roode will battle in a Triple Threat Match at WWE Clash of Champions. Bobby Roode shows up as Corbin and Ziggler take each other out. Roode lays out Ziggler with a Glorious DDT, getting Corbin DQ'ed. After the match, Corbin tries to attack Roode, but also gets laid out with a Glorious DDT. 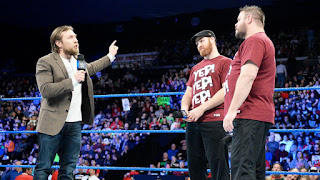 - Kevin Owens and Sami Zayn Occupy Smackdown: Owens and Zayn appear with "Yep" shirts on, trying to sway Smackdown Live GM Daniel Bryan to side with them. Owens says that people think that Vince and Stephanie McMahon are horrible, but Shane McMahon has made his life miserable for the past 9 months on Smackdown Live. Owens says it's time to show the world that this business is bigger than Shane and his vendetta and he and Zayn are Occupying Smackdown. Owens calls out all their supporters to hit the ring and help take over the show, but Daniel Bryan is the only one to appear. Bryan questions Owens and Zayn on their actions and says the night he formed the "Yes Movement" it was about the fans not him. Owens and Zayn rant about Shane and how he's out to get them. Bryan says that Owens and Zayn are talented and he'll make sure the tag team match at WWE Clash of Champions is a fair fight. Bryan then announces that he also will be the special guest referee along with Shane McMahon and knows that he and Shane will have each other's backs in the decision making. 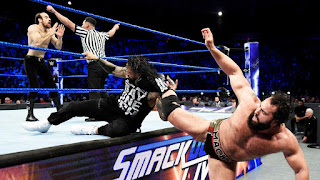 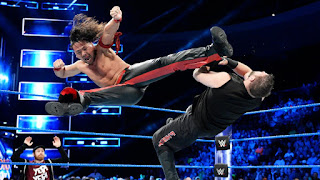 - Shinsuke Nakamura vs. Kevin Owens: The main event of the show saw Nakamura and Owens battle it out in a one on one match. Daniel Bryan arrived to do commentary for this match. Owens accidentally knocks out the referee in the match which forces Daniel Bryan to get involved as the referee. Nakamura counters the Pop Up Power Bomb. Sami Zayn hits the ring, but so does Randy Orton, who takes out Zayn. Zayn pokes Orton in the eye and shoves him into the ring post. Zayn distracts Nakamura, allowing Owens to hit the Pop Up Power Bomb for the pinfall by Daniel Bryan.
Posted by WrestlingFan78 at 11:00:00 AM