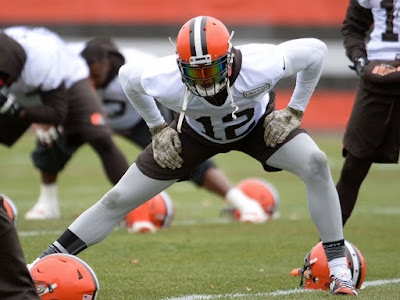 
The Cleveland Browns travel to LA to take on the Chargers Sunday. The Browns are still winless after losing to the Bengals last week. But good news for the Browns...Josh Gordon will play and start this Sunday! Gordon will play in his first regular season game since week 16 in 2014. 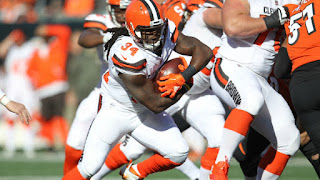 The Browns are going up against an interesting team defensively. The Chargers are the 7th best pass defense but rank last when it comes to rush defense. The Browns offensively had a solid game last week. And they need to repeat that success the next five games in order to win. Isaiah Crowell finally showed up last week with 95 yards on the ground and needs to carry the team this week against the worst run defense. Duke Johnson is going to be a huge threat this week also. With the return of Josh Gordon, and Corey Coleman playing well since returning from injury, Johnson should have plenty of space to catch the ball out of the back field and make something happen. 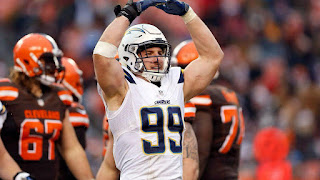 The passing game for the Browns will have its hands full this week preventing Joey Bosa and Melvin Ingram out of the backfield. The Browns need to get the ball out of DeShone Kizer's hands as quickly as possible. They need to scheme up plays to keep the pass rush on edge. I expect Hue Jackson to call a few screens in this game to make sure the rush isn't always coming up field.

The return of Josh Gordon is super exciting. Even though he hasn't played in almost three seasons he is without a doubt the best receiver on the roster and outside of Corey Coleman, the only player who would make it on another teams roster. 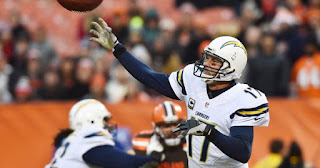 Philip Rivers is incredible and one of the top quarterbacks the past 15 plus seasons. This season with Keenan Allen healthy, Rivers is having another great season. Allen is Rivers favorite receiver recording 67 catches for over 900 yards already this season. The Browns will also have to focus on tight end Hunter Henry who has 31 catches on the season. The tight ends have given the Browns issues this season.

Again it could be a long day defensively but Rivers is prone to throw the ball into coverage so it is extremely important for the Browns to force multiple turnovers in order to stay in the game.


1. Josh Gordon: Arguably the most talented receiver in the past five years is finally playing a regular season game. It will be interesting to see how often the Browns use him and how they use him going forward. 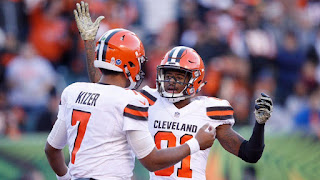 2. DeShone Kizer: The return of Gordon goes hand in hand with Kizer playing to be the guy next year. Kizer has an opportunity to show that his mistakes all aren't on him. Kizer having Gordon could be like Deshaun Watson having Hopkins.

3. Joe Schobert: Schobert is second in tackles this season. The Browns need him to show up and force the Chargers offense into either passing or running. If the Browns can make the Chargers one dimensional the Browns could force a turnover or two.

4. Myles Garrett: Basically the opposite of Schobert. If Garrett can get to Rivers multiple times it could really be the difference in a blow out or a close game.

5. Spencer Drango: Drango has had a tough go of it after playing well against the Vikings. He needs to keep Kizer upright. Its going to be a tough task for Drango go up against the elite pass rush of the Chargers.

Unfortunately I think the Browns will get blown out this Sunday. They've had problems against good passing teams and they don't match up well against this team.
Posted by Unknown at 9:00:00 AM